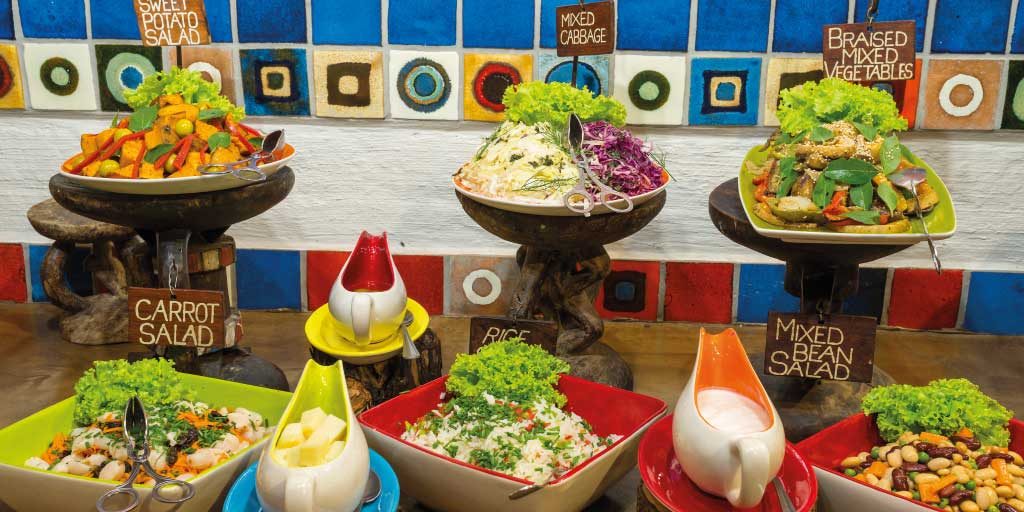 ONE of Victoria Falls’ most sought-after experiences, The Boma – Dinner & Drum Show, has a whole lot more bite, with enhancements focusing on its food and entertainment elements, now in place.

The refreshed Boma – Dinner & Drum Show was relaunched at an event attended by 60 members of the Zimbabwean travel industry in Victoria Falls on January 23.

Africa Albida Tourism (AAT) chief  executive Ross Kennedy says many small changes have been made to all facets of The Boma over the past six months, which include everything from branding to the buffet presentation, to the way starters are served and new staff uniforms.

“We never ever rest on our laurels, we are always finding ways to improve, change, enhance quality of service and entertainment, to make sure we stay ahead of the pack,” Mr Kennedy says.

The Boma offers a delicious four-course meal, made up of starters, soup from the campfire, a braai (barbecue) buffet – featuring Zimbabwean delicacies such as mopane worms, warthog steak and kudu meatballs, as well as vegetarian dishes – and desserts.

New Boma head chef Brighton Nekatambe, who was appointed in November as part of the raft of changes, says a new more extensive menu is now in place.

“It’s all about story-telling, we want to tell a story about the food and the culture of Zimbabwe,” Mr Nekatambe says.

A shared starter platter has been introduced, the salad buffet expanded to 12 salads, with new dishes including sushi, which incorporates local ingredients, as well as a new crumbed kapenta offering.

The sushi is sometimes filled with wild spinach, a local Zimbabwean vegetable, or topped with kapenta, creating an interesting fusion between Asian and Zimbabwean cuisine, Mr Nekatambe says.

“Wherever possible we have tried to use local ingredients, to give our food selection a flair of Zimbabwean culture and that African touch,” he says.

At the braai (barbecue) area new dishes have been added, including a whole bream, which comes straight from the Zambezi River, and more vegetarian offerings, such as a sorghum sadza.

A favourite main dish is the warthog steak, which now has a very special sweet and sour marinade, whose ingredients remain a secret, while the most unusual dish is the mopane worm, which is definitely worth a try, he says.

At the dessert bar, there is a new warm offering, a malva pudding, and many of the sweets incorporate local fruits, such as tsubvu, which is a small black berry-like fruit.

On the entertainment side, a craft corner has been introduced, where guests may design and paint their own drum or map as a souvenir, a photo booth has been installed, and work has also been done to enhance the artistic showmanship of the Boma entertainers.

AAT is a Zimbabwean hospitality group with a portfolio of hotels and restaurants in Victoria Falls, Zimbabwe and Chobe, Botswana, including Victoria Falls Safari Lodge, Lokuthula Lodges, Ngoma Safari Lodge and The Boma – Dinner & Drum Show.