Eyes are on the Prize as the Victoria Falls Marathon Looms 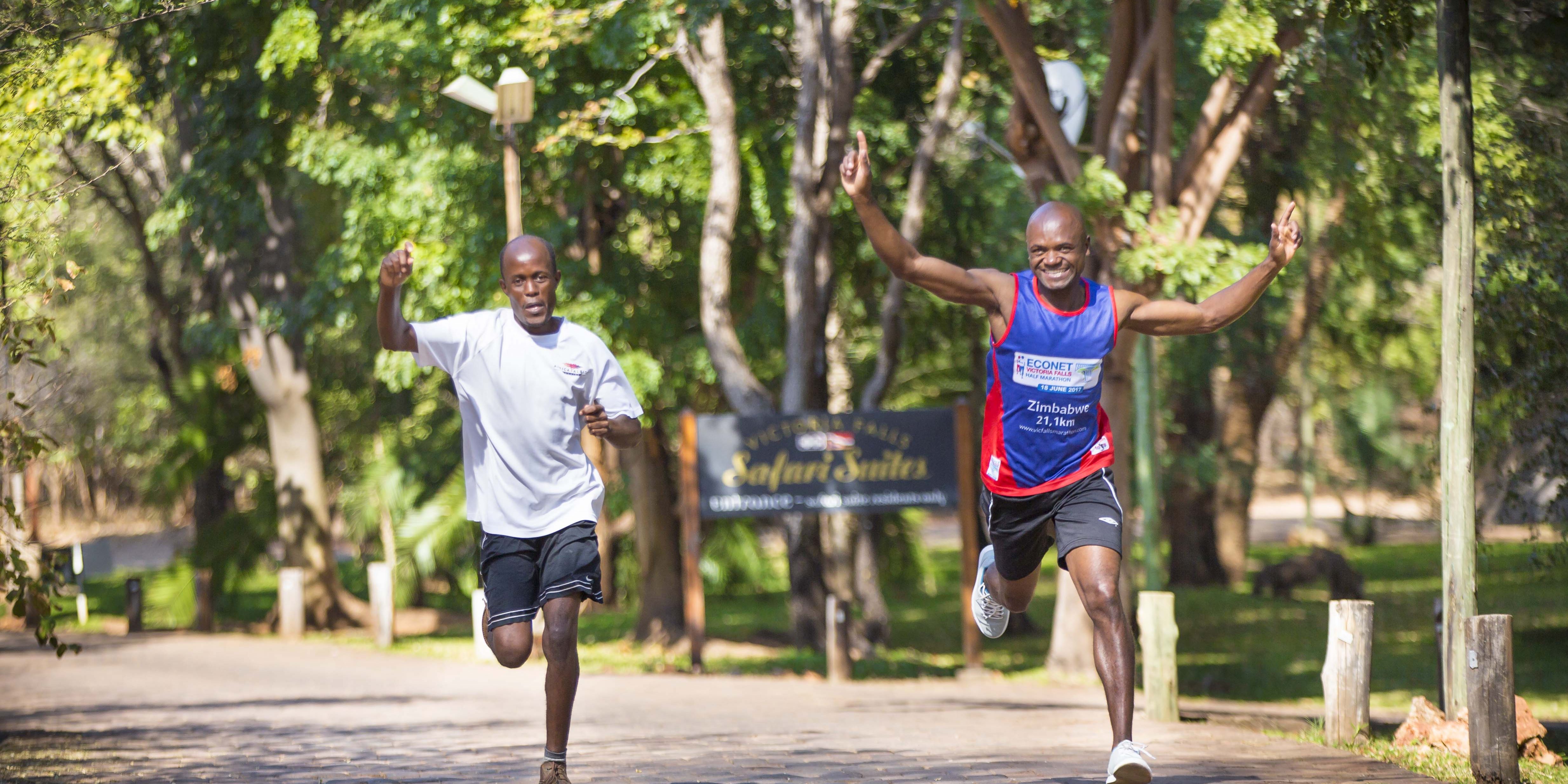 The countdown to the Victoria Falls marathon is on, and no one is more eager to compete than the nimble-footed Casper Mpofu, who is hoping to reclaim his title as hospitality group Africa Albida Tourism’s fastest runner. 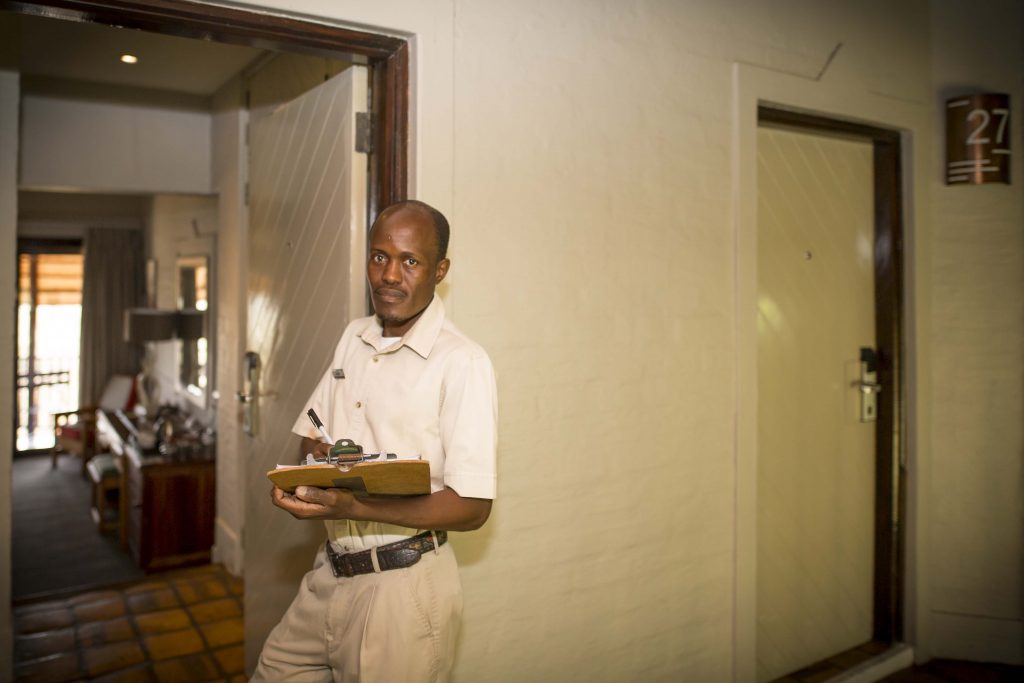 After being the fastest four times, completing the half marathon in a personal best of 1 hour 29 minutes back in 2014, the Victoria Falls Safari Lodge housekeeping supervisor, last year, took a disappointing third place, after colleagues Jaya Mapfumo and Levy Kwaramba.

Injury, the 39-year-old father-of-three says, forced him to walk the last 2km, but this year he is fighting fit, having been training one to two hours every day in the past few weeks, and he is hoping to complete the 21.1km in the July 1 event in a lightning 1hr 25min.

For Mpofu, the Victoria Falls marathon, now in its 12th year, has long been a highlight.

“I’ve always enjoyed running, and socially it’s good for you to be competitive every once in a while,” says Mpofu, who has been with Africa Albida Tourism for 12 years.

And for those of you contemplating this challenge at some point in the future, he does have some tips:

“Train often at midday – it helps you to endure hot temperatures on the day, set time goals – so if today you run 5km in 15 minutes, tomorrow try and run it in 13 minutes … and wear proper, nice, comfortable ‘tekkies’.”

The friendly rivalry within AAT is boosted by a trophy donated by Victoria Falls Safari Lodge regular guest and runner Ian Wallace, awarded to the fastest staff member across the finish line. 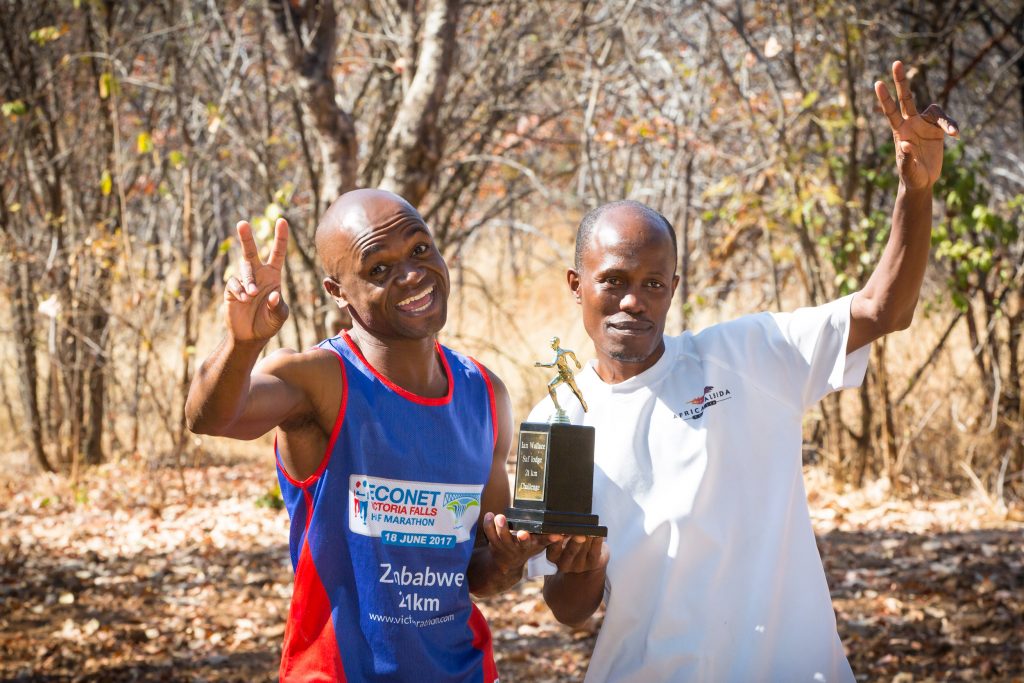 AAT chief executive Ross Kennedy says the company fully supports fitness and health amongst its employees, and each year more and more want to participate. Only seven staff entered the event in its first year.

“This year we have 75 of the Africa Albida Tourism family entered in the marathon, including a few from head office in Harare, with a number having run every year since the event’s beginnings. We are very proud of these statistics,” Mr Kennedy says.

“The AAT theme this year is “Running for a Greener Future” – our runners will be wearing a green t-shirt bearing the logo of our latest corporate social responsibility initiative, Victoria Falls Recycling, which is expected to have a major impact on protecting the environment.”

Of the AAT staff members taking part in the marathon, 43 will be running the 21.1km half marathon, while 32 will compete in the 7.5km fun race – including group operations manager Andy Conn who will be participating for the first time. 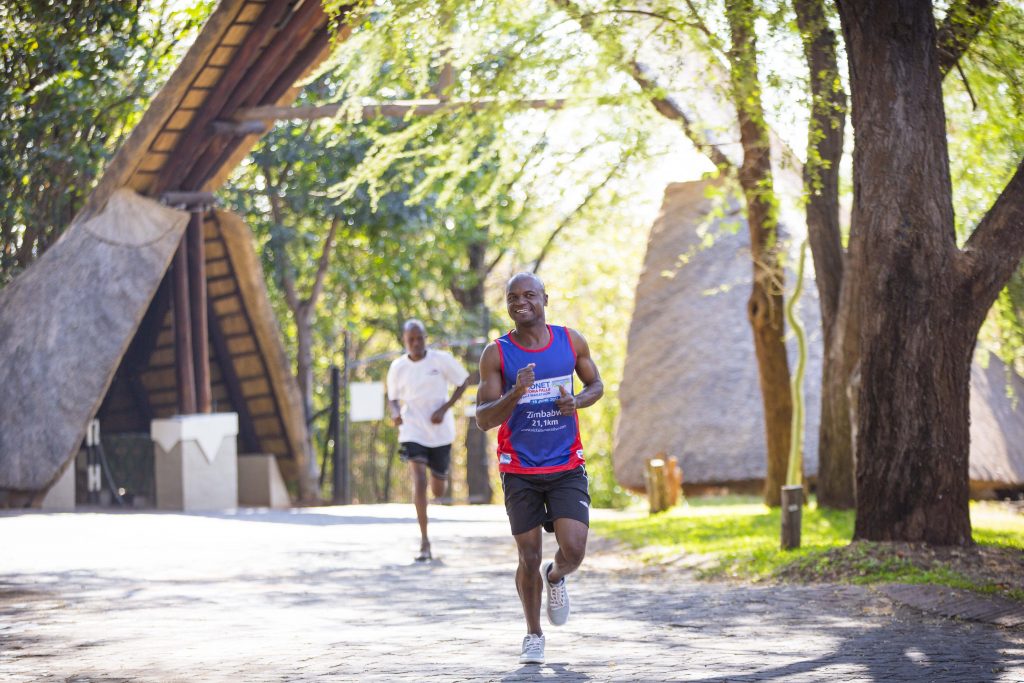