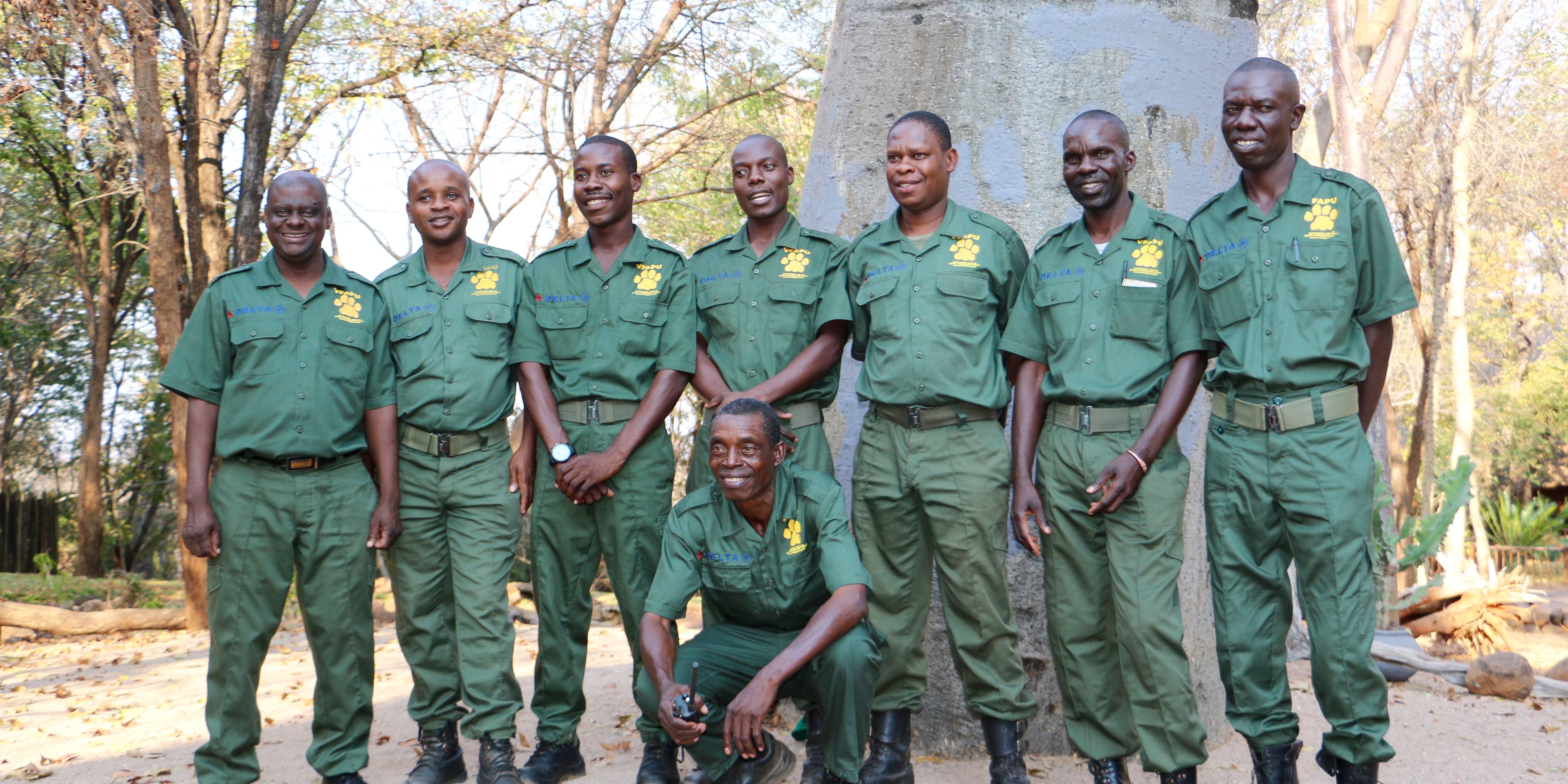 Victoria Falls has 17 unsung heroes, who risk their lives daily, often in the searing heat and without adequate resources, patrolling the bush to protect the region’s precious wildlife and trees.

The Victoria Falls Anti-Poaching Unit (VFAPU), which celebrated its 20th anniversary this month, has had a major impact – each year, arresting nearly 40 hardened poachers, removing more than 1,000 snares and rescuing ten mammals injured by the snares.

Many of these scouts were born in the rural areas outside Victoria Falls or Hwange, and have worked for VFAPU for several years, and all have a passion for protecting wildlife from poachers. 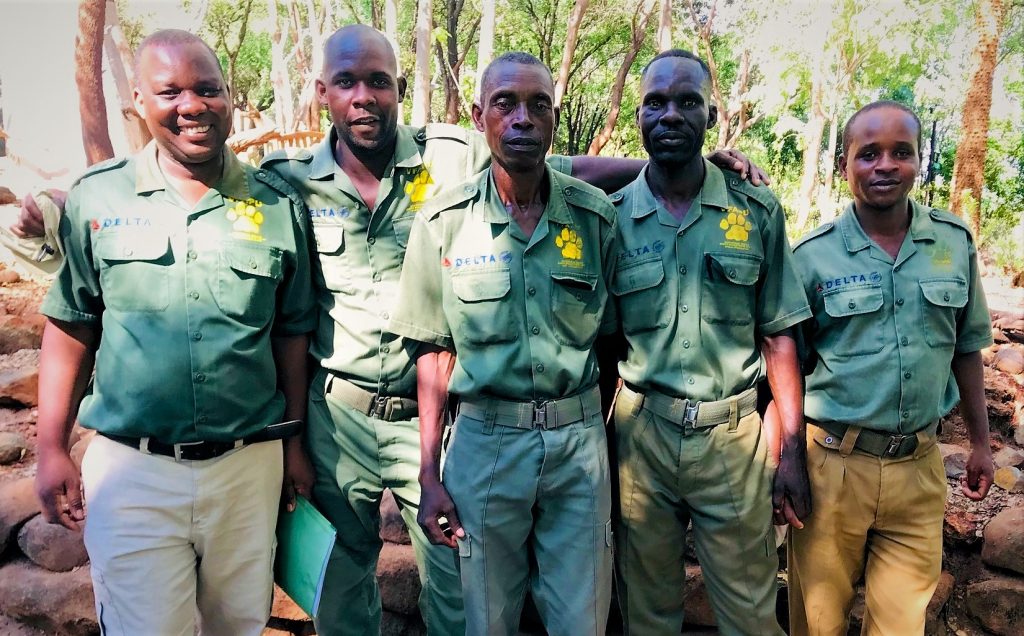 VFAPU Supervisor Greemph Tshuma says, “I enjoy saving animals … that’s my job. I can say, personally, I have removed more than 1,000 snares, that means I have saved 1,000 animals.”

The scout, who grew up in the small town of Dete, on the edge of Hwange, Zimbabwe’s largest national park, and has been with VFAPU for 15 years, says the worst part of his job is coming across animals killed by poachers.

“I’ve always loved animals since I was young, in primary school … I know that without animals, there will be no tourists, and no job for me.”

VFAPU is a non-profit organisation dedicated to the conservation of the wildlife and natural resources within the Victoria Falls region. The unit works closely with the Zimbabwe Parks and Wildlife Management Authority and the Zimbabwe Republic Police.

As supervisor, Tshuma decides which areas to patrol on which days, with the scouts often either walking or cycling to their patch, depending on how far away it is. Once there they comb the area for snares and any signs of poaching activity.

Highlights last year included rescuing a pangolin, which had been captured for its meat, and finding 39 oranges laced with cyanide to kill elephants and arresting the poachers allegedly responsible. 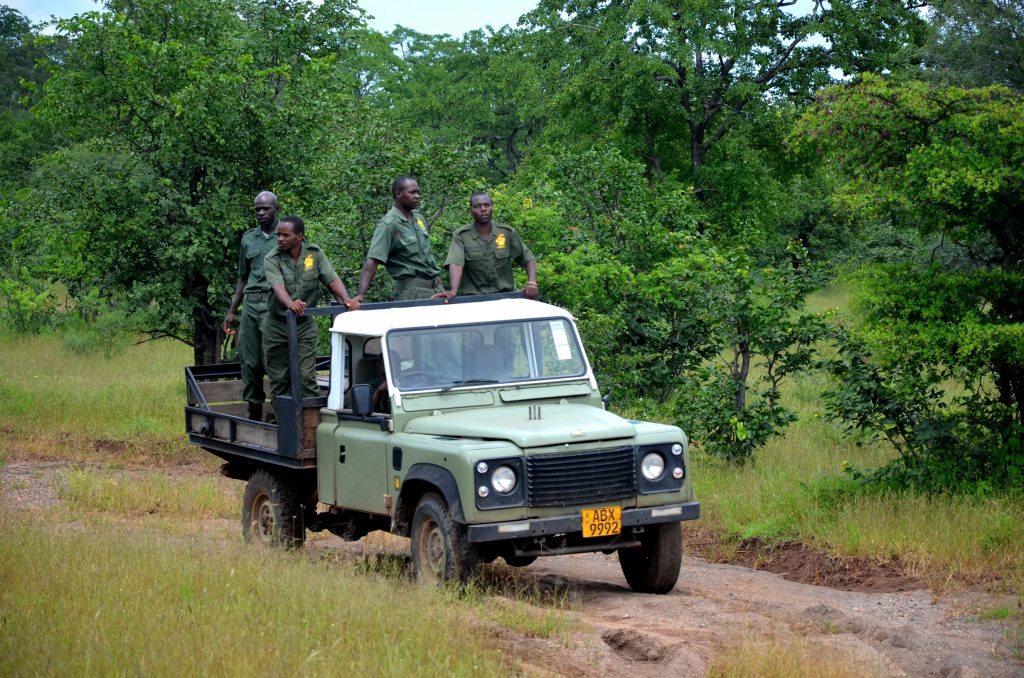 VFAPU scouts on duty in the Victoria Fall area

However, Tanyala Ncube admits he didn’t exactly grow up dreaming of being an anti-poaching scout, but it is a calling he has now grown to love.

“When I was growing up I never thought I would end up doing this, but because of challenges faced I found myself in this job, and now I enjoy it,” Ncube says.

“I thought I would be working under shade, sitting on the sofa … and now I work under the shade of a tree,” he laughs.

Having been a VFAPU scout for nine years, Ncube, who grew up in the village of Kasibo, near Dete, says he enjoys being in the bush, seeing and saving wildlife, and catching poachers.

“I enjoy catching someone who is doing something unlawful – sometimes we discover a snare wire and we know a poacher will come, we wait for him, I like to see the reaction of that guy, and catching him is the best part of the job.

“I hate to see the killing of animals, most of the time we find the carcasses only. Some poachers put snares out and kill four animals and take only one animal, the rest will be in the bush and maybe the vultures will eat it, but most of the time it goes to waste.”

Liberty Parangeta, who joined VFAPU 14 years ago, knows how important their work is – without them, future generations may not be able to enjoy the wildlife and trees, that were once everywhere.

Before Farewell Amos joined VAPU 12 years ago, he worked as a rhino handler at Matusadona National Park on the shores of Lake Kariba, where he was born, and he values the wildlife and trees, knowing that without them he would not have a job to support his family.

“If we do not do our job, one day there will be no trees, and no animals in our country. But a new generation may want to see elephant, or even impala – some may have only seen these animals in books – and when they come here they will be able to see them in real life – that’s why I like my job.”

Philemon Shoko, 60, who has been with VFAPU for 14 years, was inspired to protect wildlife by his uncle who was a game ranger in Zambezi National Park.

Shoko, from Jambezi, 60km from Victoria Falls, says: “I enjoy my job because I am catching poachers.”

VFAPU relies solely on donations to operate, so those wishing to assist either with a financial donation or equipment such as uniforms, including boots, back packs or fuel, please contact Charles Brightman on csb@zol.co.zw 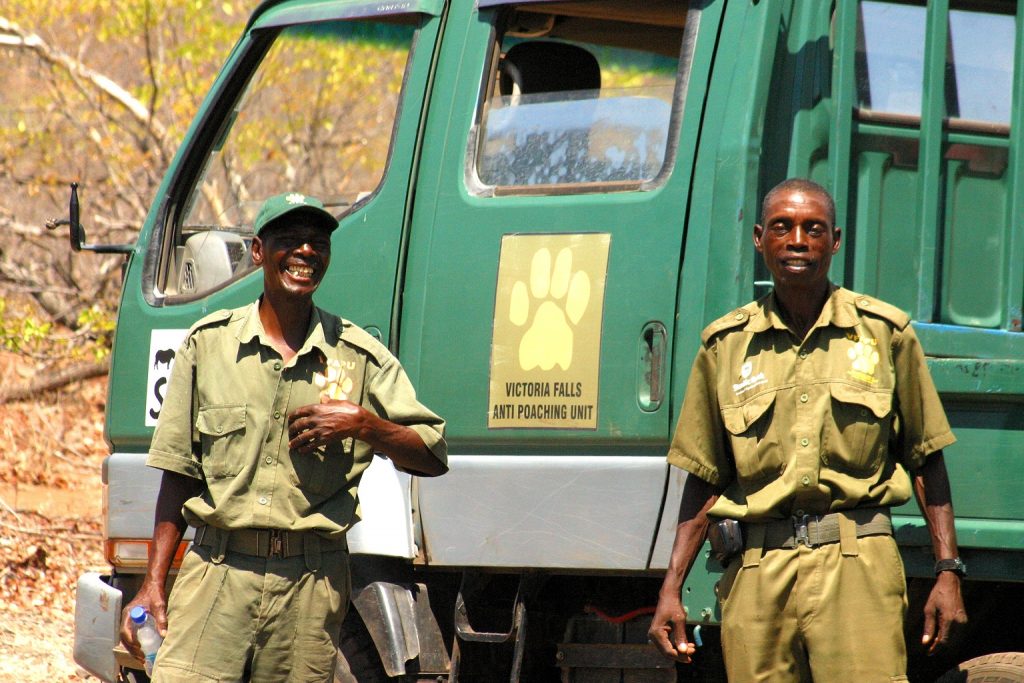